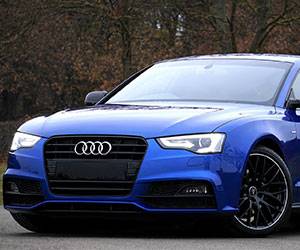 Audi is the Volkswagen Group's luxury brand. From a supermini to a crossover SUV, the firm produces a variety of automobiles. August Horch was the man who started Audi. Audi united with the companies DKW, Horch (August Horch's original company), and Wanderer to form Auto Union in 1932.

This merger is symbolized by the company's four-ring hood emblem. Audi is famed for its technological advancements. The Audi Front was Europe's first front-wheel-drive vehicle with a six-cylinder engine. Audi was the first mass market vehicle to feature 100 percent galvanized car bodywork to prevent corrosion in 1994. The Audi A8 was the first vehicle to use aluminum space frame technology, which was unveiled in 1997. The Audi A8 is the top-of-the-line model.